Breaking News
What is Profhilo and How Does It Differ...
What is Jaw Reduction Surgery?
Dr. James Murtagh’s Life And Works In Medicine...
How Can You Incorporate Goat Milk Foods In...
5 Ways to boost your immunity naturally
What are the benefits of roho cushion?
What are Your Options for Non-Surgical Wrinkle Removal...
Does Non-Surgical Tattoo Removal Through Pico Laser Work...
Guide to The Benefits Of Using Digital Hearing...
The Versatile Wonder: 7 Imperative Uses For The...
Home Health Dr. James Murtagh’s Life And Works In Medicine And Beyond
Health

Dr. James Murtagh’s Life And Works In Medicine And Beyond

Dr. James Murtagh is a celebrated doctor who has made numerous accomplishments in the field of medicine. With over 43 years of experience, Dr. Murtagh is a top physician who has received numerous awards for his innovations and research in sleep disorders and pulmonary ailments.

Dr. Murtagh, a doctor and researcher for more than 40 years is dedicated to providing the best care possible for individuals with sleep apnea. Over the years, he has concentrated on various medical areas, but at the moment, he spends much of his time serving as the Medical Director of Eastgate Laboratories for sleep care diagnostics.

Dr. James Murtagh has been able to maintain a fairly broad career as a medical doctor by working as a traveling doctor and knows a variety of professions.

He completed his clinical fellowship in pulmonary and critical care medicine at the University of Michigan. He has written on various medical subjects while working as a practicing physician.

Sleep disorders are becoming far too common in America and worldwide. According to the Center for Disease Control, around 70 million people suffer from sleep disorders, including sleep apnea.

People with sleep apnea have several difficulties during crucial times of the day. Shallow breathing during sleep or pauses lasting a few seconds to more than a minute are typical symptoms of sleep apnea.

As many as 30 of these pauses in breathing normally can take place in one hour. A chronic condition, sleep apnea frequently goes undiagnosed in more than half of cases.

Underdiagnosis raises the risk of heart disease, stroke, diabetes, and obesity, which results in 38,000 deaths annually from its medical repercussions. Even minor forms of sleep apnea can make it very difficult for people to get a good night’s sleep.

Dr. James Murtagh has become one of the top experts in this field by conducting sleep analysis, posing the right questions, and expanding on individual research. With sleep apnea, early problem detection can significantly alter the situation.

Not everyone will need the same level of treatment because there are different degrees of sleep apnea. Over time, if untreated, it can lead to various problems for people.

Losing sleep or causing others to lose sleep can place people in a challenging situation at home and the workplace. Among other things, Dr. Murtagh has written about sleep deprivation and crashes brought on by distracted driving. He also highlights in his work the widespread ignorance of sleep disorders and provides evidence that sleep disorders are a direct cause of various health problems.

Dr. Murtagh’s other main area of interest is pulmonary illness diagnosis and treatment in addition to sleep apnea medical care. Pulmonary disease affects a person’s lungs. It might be brought on by bacteria, viruses, or other pathogens in someone’s air.

Coughing, wheezing, and breathing issues are some pulmonary illness symptoms. Depending on the type and stage of a person’s pulmonary disease, the intensity of the symptoms will vary.

Dr. Murtagh has devoted a large portion of his work to assist people in learning how to breathe properly after encountering numerous difficulties.

Given that the goal of both areas is to increase the quality of life, there is some overlap between the two.

Sleep apnea is not nearly as harmful as lung disease, especially in its most severe stages. This disease can be potentially fatal if untreated. Although there is no cure, experts like Dr. James Murtagh can reduce symptoms and give sufferers the necessary care.

Besides his work in medicine, Dr. Murtagh is also the author of various works, including books and more than 40 papers. Dr. James Murtagh has prepared two pieces of legislation for the Georgia State Senate, raising awareness of the link between sleep deprivation and car accidents. He is an expert on a variety of sleep disorders. 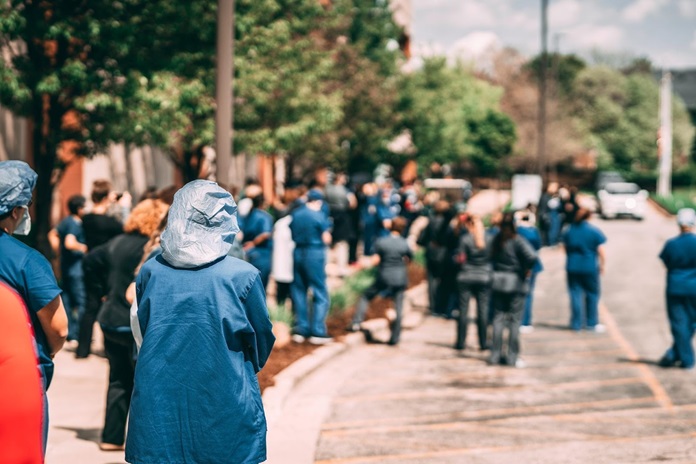 Dr. James Murtagh is a dedicated social activist. He has helped many people across the nation gain access to healthcare. He believes in using his skills in medicine, research, and court cases for good by volunteering his time and expertise to those who need it most.

Dr. Murtagh is a firm believer that all people deserve proper medical care. Outside of Flying Doctors of America and other charitable organizations, he dedicates much of his time educating patients and the public about medical ethics and patient rights.

How Can You Incorporate Goat Milk Foods In Your Day?

What is Jaw Reduction Surgery?

What is Profhilo and How Does It Differ...

What is Jaw Reduction Surgery?

How Can You Incorporate Goat Milk Foods In...

5 Ways to boost your immunity naturally

What are the benefits of roho cushion?

What are Your Options for Non-Surgical Wrinkle Removal...

Guide to The Benefits Of Using Digital Hearing...

The Versatile Wonder: 7 Imperative Uses For The...

Guide to Rowing Machine Strokes and Rates for...